Radha Patil (name changed on request) was 28 years old when she visited me 8 years ago. She had just delivered her first baby 8 months ago. Her complaint was severe pain on the right hip. She was limping badly. She had tried local GPs painkillers but they gave her only 4 hours of relief. An x-ray was done which showed irregularities of her femoral head and hence she was referred to me.

I found a 5 foot stalky Radha limping badly and her movements on the right side were painful and restricted. She was otherwise healthy and had no positive medical history. I asked her to get an MRI of both her hips done as I was suspecting avascular necrosis of her femur.

Her MRI revealed a grade 4 Ficat –Arlet avascular necrosis of the right hip but also a grade 3 AVN on the opposite side.

We then discussed the need to have a total hip replacement on her right side and how to delay the total hip replacement on the opposite painless side. Her age was a major deterrent for an early hip replacement. Radha was well supported by her gym-trainer husband. They asked intelligent questions. We finally decided to treat her less painful side first and we decided to do a core decompression surgery on that side to delay her hip replacement. We decided whenever she became totally disabled on the right side e we would replace her hip. Radha was also worried because she had to look after her 8-month-old baby.

After finalizing her core decompression surgery Radha came back asking for using stem cells for the same side. A new company in India had started offering stem cells at that time. However, the procedure was not FDA approved and hence I warned Radha that I could not guarantee any success. I also told her that simple core decompression anyway would help so we could go ahead. Radha was willing. We harvested her bone marrow from her hip under local anesthesia. The laboratory took 6 weeks to grow her stem v cells from this marrow sample. We posted Radha for her core decompression a surgery in which I drilled a hole in her hip under x-ray control. I then injected her stem cells in this hole. Radha went home the very next day and was told to use a walker and not to put any weight on the operated leg for 6 weeks. Radha’s pain disappeared and after 6 weeks her walking improved. After a while her pain ion the right side too decreased probably because her left hip was now almost feeling normal post-surgery.

After 3 months Radha just disappeared. I saw her 2 months ago. She was now disabled with pain form her right hip. She limped and had to take painkillers round the clock. She reminded me that she now needed a hip replacement. When I took x-ray her operated hip (8 years post-surgery) also showed changes of arthritis but was pain-free. She congratulated me that the core decompression had worked well. Her baby child then was in school now.

I did her right total hip replacement 2 months ago and Radha is now walking pain-free and unaided!

She feels she is going to be alright for another 4 years at least. 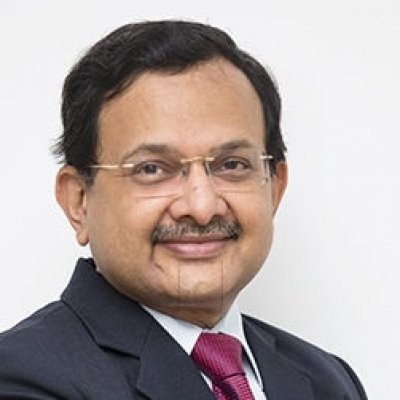