Osteonecrosis (ON) of the hip is a disease that affects the blood supply of the bone and leads to the breakdown of the hip joint. Literally, the term means death of bone (osteo = bone, necrosis = death).

This disease can affect other joints besides the hip, primarily the knee and ankle joints. However, osteonecrosis of the hip accounts for more than 90 percent of all osteonecrosis cases.
Approximately 10,000 to 20,000 people annually develop osteonecrosis in the U.S. This disease primarily develops in people between the ages of 20 and 40. The average age is 38. If you are healthy, your chances of developing osteonecrosis of the hip are small. In India the commonest causes are alcoholism and steroid usage in 50% cases while in 50% cases no cause is found and are termed “idiopathic”! Please beware of various powders sold by quacks which in my experience have nothing else but steroids which can cause this serious complication in your hip.

Children and teenagers can develop a form of osteonecrois called Legg-Calve-Perthe’s disease. The top or head of the femur (thigh bone) loses circulation and the bone cells die. The bone becomes soft and is then liable to collapse under pressure. After a period of time, the head of the femur will heal in the collapsed position leading to stiffness and pain.

Causes of Osteonecrosis of the Hip?

There are two primary forms of osteonecrosis: post-traumatic and non-traumatic. A minor injury will not cause ON and even most major traumas do not result in the disease. Fractures where the blood vessels to a section of the bone are damaged have a chance of resulting in ON.

Non-traumatic osteonecrosis is associated with other diseases such as lupus, kidney and liver disease, sickle-cell disease, gout and clotting disorders. Drinking large amounts of alcohol and receiving high-dosage shots of cortisone can also increase your chances of developing the disease. However, over 30 percent of all people who develop osteonecrosis are otherwise healthy. Doctors do not know why those people develop the condition.

Despite what caused the disease to develop, whether it was due to an injury or an existing condition, the symptoms and course of the disease are similar.

Symptoms of Osteonecrosis of the Hip?

The first symptoms commonly are pain and aching in the hip joint when it is being used. The symptoms will start out slowly but will increase over time. Stiffness and limping becomes common. The pain will be most likely concentrated in the groin area.

Unfortunately, by the time most people feel the first symptoms the disease has already progressed. Your doctor will be able to use x-rays to diagnose the disease. The X-Rays will be able to show the area of the bone that is involved. In the earliest stages of the disease, however, X-Rays will not detect ON. In addition to X-Rays, your physician may use a tool called Magnetic Resonance Imaging (MRI) to detect ON. MRI’s are able to find tissue changes. A CAT scan, which is series of X-Rays projected in a three dimensional figure, may also be used to diagnose ON.

If the disease has progressed without detection for a long period of time, it will be harder to treat and save the hip joint. Today, hip replacement surgery is successful; however, physicians will usually try to save the normal joint if possible.

Non-surgical treatment options include the use of walkers and crutches. These devices can help manage the pain while at the same time protect the joint until surgery. In addition, the use of walkers and crutches can stop the progression of the disease while other associated medical conditions are treated. However, this is not a long-term solution and surgery is usually recommended.

There are several surgical treatment options, including :

Core decompression : This simple procedure is used in mild to moderate cases. A hole is created in the bone and a part of the bone is removed from the hip area. The use of crutches is necessary for 6 weeks after the procedure to avoid fracturing the hole.

Bone grafting – The dead bone is removed and a bone graft is put in its place. The bone graft is taken from the patient or from a bone bank. Crutches and/or walkers will need to be used for up to a year to help the healing process.

Osteotomy – This procedure is not commonly performed, but may be used in special cases. The bone is cut below the infected area and turned so that another portion of the bone that is not affected by ON is the new weight-bearing area.

Femoral head resurfacing : A metal head is placed over the original femoral head to slow the progression of the disease. Over time, a complete femoral head replacement will need to be performed.

Hip Resurfacing Prosthesis is shown below

Hip replacements are usually successful. The downside is that with today’s technology, a total hip replacement may not last as long as the life of the patient. That is why surgeons will wait to perform the operation until it is absolutely necessary.
Gallery 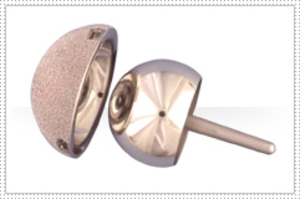 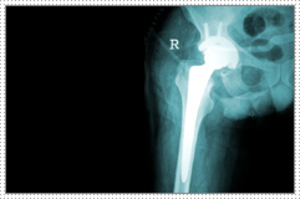 Osteonecrosis of the Hip - Dr Shreedhar Archik
Did you find this topic helpful?  Yes   No
View All Topics
×
prev next
prev next
?
Ask Question
AboutMyClinic
SmartSite created on AboutMyClinic.com